Welcome to my Blog

This was the quickest Vespa Photo Shot of my life! 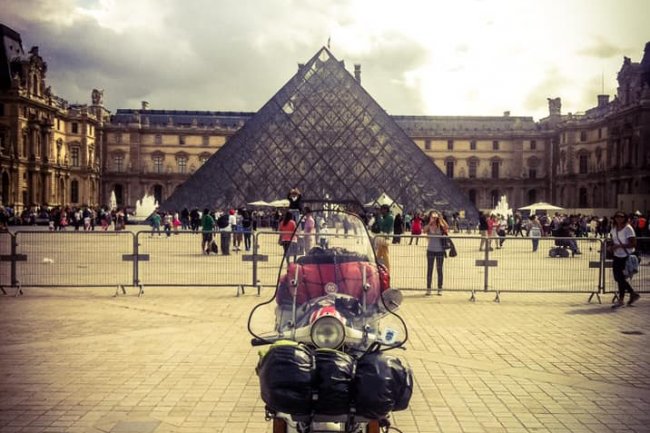 During my first big Vespa tour through all of Europe, I also visited Paris of course. I took some nice pictures next to the Eiffel Tower and then I rode over to the Louvre! I rode my Scooter to this famous spot exactly next to the famous pyramid and had about 20 seconds. Then heavily armed guards from both sides stormed with angry faces toward my position. I did not have it on the radar, that due to security concerns after 9/11 and other terrorist attacks they had altered the security level for the Louvre as well. They were probably afraid that the guy with the dark skin from all his kilometers on his beloved scooter and the big box full of dirty laundry on the back of his Vespa carries a bomb to the Louvre… END_OF_DOCUMENT_TOKEN_TO_BE_REPLACED

Los Monegros / Zaragoza in August 2014! Great Memories from a Vespa Journey... in retrospect. Today was not exactly my…

La Vida Vespa Video Shoot for Kickstarter 2011 Back in 2011, I tried to do a Kickstarter for a photo…