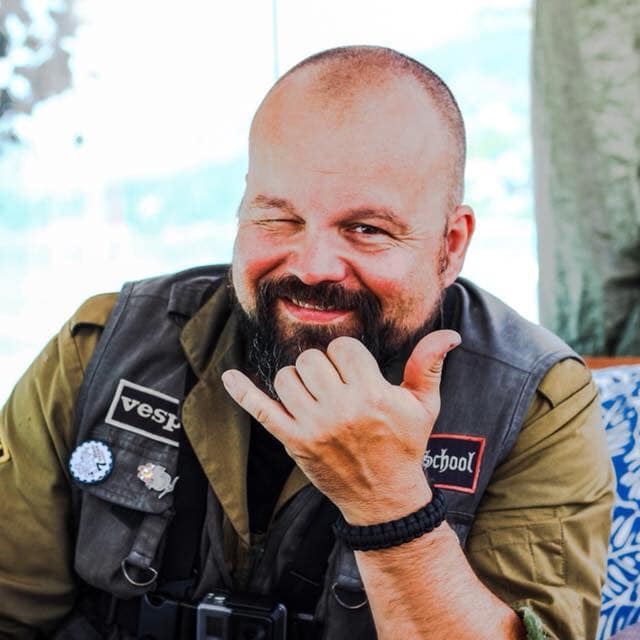 Hello my name is Markus,
I was born in 1976 in Kempten Germany.

I grew up in a small rural bavarian town named Waltenhofen. At the Age of 16 I was an avid Snowboarder and got myself my first Scooter.

After Highschool it got a bit more interesting:
I was Paratrooper Sergeant in Germany and an Party Organiser in Spain.
I was a Teacher in Sweden and earned money as an Exotic Dancer during College.
I was a Manager, a Personal Fitness Instructor and a Webdesigner.
I was an Animator in Cyprus and Tech Support in Portugal.
I was cheated on and cheated with.
I found love in Morocco and lost it in Holland.
I travelled long and far with ships, trucks, busses and by car.
I  studied and worked in many countries, met many people and talks several languages and in some more I can flirt, drink and say thanks.
I taught some kids, entertained women , saved some men´s lifes and showed a grandma how to swim.
I flew in big cargo planes, jumped out of helicopters, rode a scooter through many countries and even around the entire planet, dived with sharks and and got paid a shitload while dancing drunk on bars.
I celebrated many birthdays – some of them with hundreds of people on boats and one alone and heartbroke in a basement.
I dated young Virgins and older married mothers.
I am not a father but planted some trees.
I was a Friend, a Lover and a Sinner but never a Saint.
I did some things I am proud of and some that I am not .
I lived life to the fullest and was close to death very often.
I  had a carreer and now I am a Nobody.
I do not have a lot of money but he feel truely rich.
I am just an average guy that lived an extraordinary live ( I guess).
I always started on new adventures and tried new things because I wanted some stories to tell my children one day.
I have no children now, but I have many stories! And many more to come. I want to remember them all.
That is why I start to write now and hope some like my stories: