What happened in June 2014? Yes I was living La Vida Vespa or La Vida Loca! I intend to write a summary of what happened each month for the last 8 years! Seriously? Yes Seriously!

Why? For myself! I lived through so many adventures and stories that I fear forgetting them and I want to keep them all in this blog. 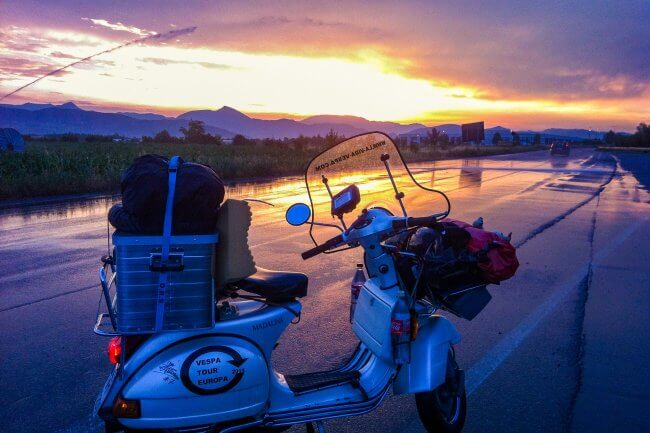 Beautiful Sunrise after a Night Ride through Milano

In the early days of June, I started on my first very Big Vespa Tour through all of Europe. In the first month, I crossed Austria, Switzerland, and Liechtenstein and headed all south through Italy.

So I first rode along Lake Constance to get towards Liechtenstein end visit the castle. Afterward, I continued my trip to Italy to visit Friends near Zurich. I spend two days there. The Passes in the Alps were already opened but still full of snow. I crossed the Alps over one of the most famous passes: St. Gotthard.

I did not want to stop riding and then got lost at night in the rain in the streets of Milano. In the morning after I witnessed one of the most beautiful sunrises of my life near Mantova! During the Vespa World Days, I was part of the world’s biggest Vespa Corso of all time. In the following days, I visited the Vatikan, the Piaggio Museum, and rode my Vespa through the streets of Rome. I also got a parking ticket near the tower of Pisa and won a prize at an Italian Vespa Rally in Battipaglia and I  saw a dying City! 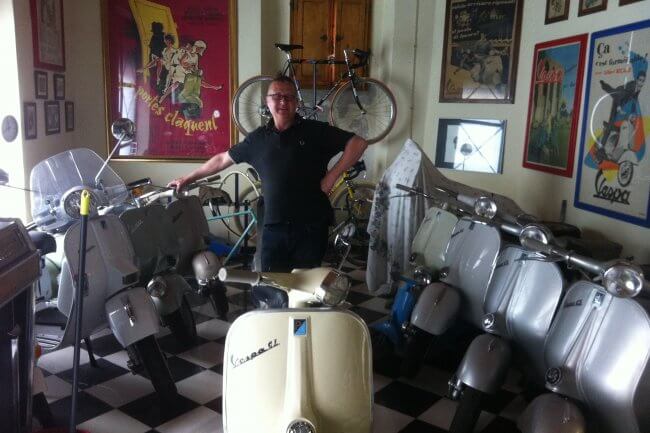 Marco Quaretta next To Sophia from Vroom with a view

One highlight for me was the visit to the small private museum of Marco Quaretta in Livorno. He is famous in the Vespa world and was part of the Book “Vroom with a View” by Peter Moore. A Book I read before I started my long travel to get inspired. I was even able to stand next to his famous Vespa “Sophia” from the book! I loved it! Please forgive me that I will always just show a few highlights! Of course, a lot more happened and the months were full of breakdowns, sunsets, good food, and Bella Italia! 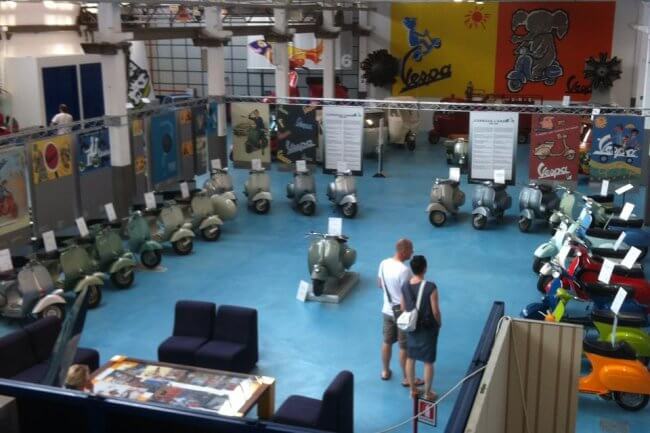 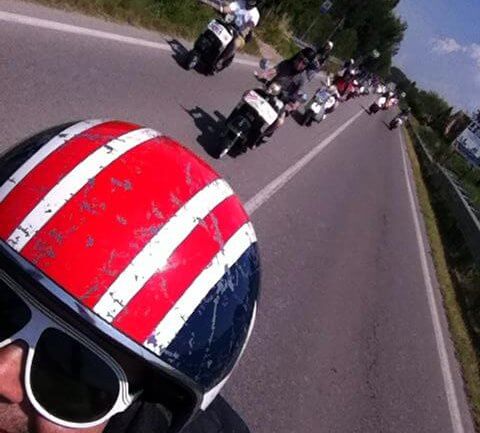 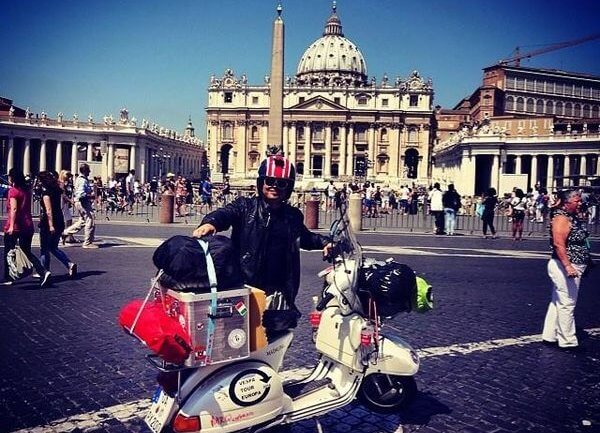 Riding up to the Vatikan and visiting the Famous Square 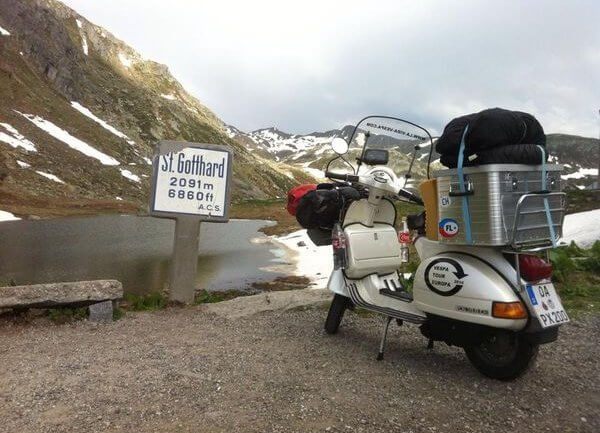 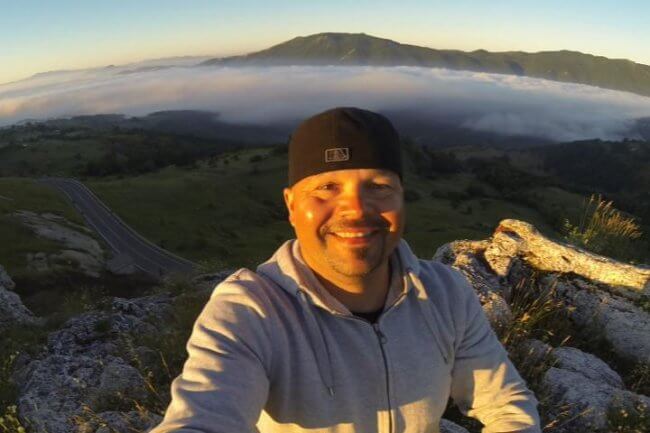 Waking up above the clouds in Italy 2014 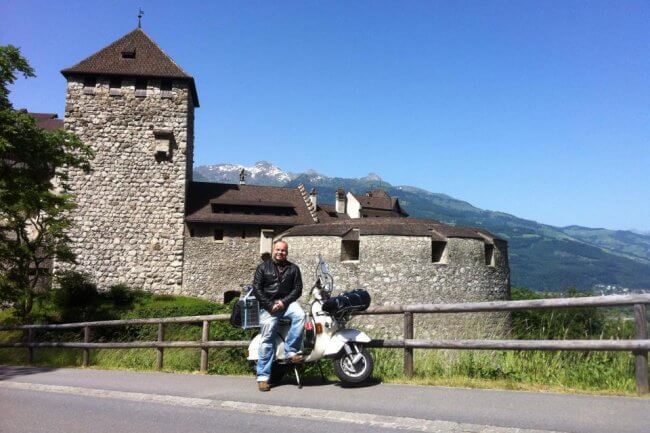 The Castle of Liechtenstein on Vespa June 2014 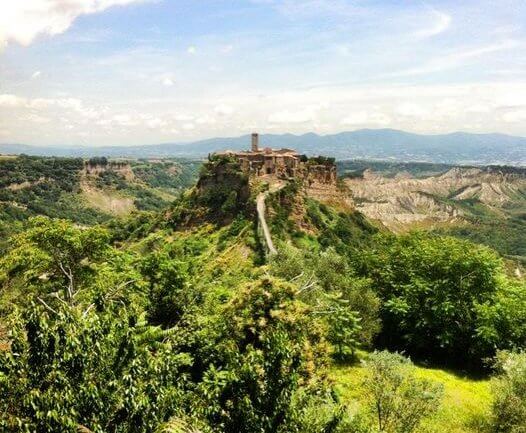