Stranded in a desert without money or cards on Vespa Journey

Great Memories from a Vespa Journey… in retrospect.
Today was not exactly my best day.
After my Farewells in Madrid, I just made 80kms and the bike broke down. I could fix it thanks to a friendly, helpful polish Truckdriver who gave me a cable connector. Later I met the awesome Cuatro Acentos Escúter Club and had a good time there. 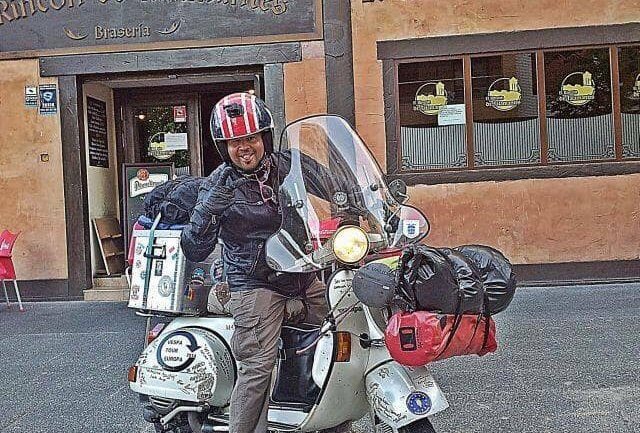 A few hours later I did not smile anymore. At 10:30 PM at a gas station in Los Monegros Desert I realized I had lost my wallet with all documents, vehicle registration, cash, and credit cards and only had 1,50€ in my pocket. I used the cash to buy myself water and then walked over 20 km on foot with a flashlight along the national road in search of my wallet. After I  repeated the distance on my Vespa standing and searching I finally gave up. Sleeping the night between rubbish and rats behind a gas station wasn´t my best Vespa Journey moment. Even a guy from the national police showed n0 interest in my situation when I told him. The next day I had to pass their station and fill out some forms because all of this happened in a village with 3 houses in the middle of nowhere in Spain. 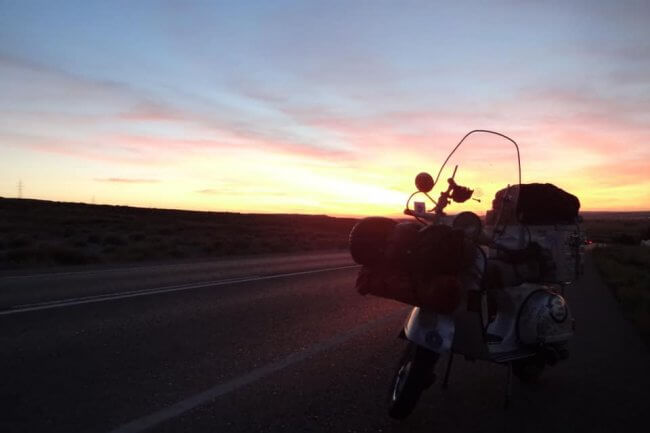 Taxi Drivers can be heroes, too

After an awful night, I searched the roadside again for some kilometers at daylight till it became too crazy hot. Then I send a message to the guys from Cuatro Acentos Escuter Club and they did not hesitate a moment to rush out into the desert to save me! Only thanks to my heroes Oscar and David, two Taxi Drivers from Zaragoza I was able to continue to Perpignan! First, they bought me drinks and fed me, then helped me look for the wallet again, and then simply offered me 100€ so I could continue my trip. Real Friends are the ones that save you in the desert! Literally!
In Perpignan, I was able to coordinate with my family to get western union transfers from home every 10 days. That was the only way to do 12.000 km more to finish my journey after 22450 km.
Memories are the best souvenir!
No problems, no losses, no story! 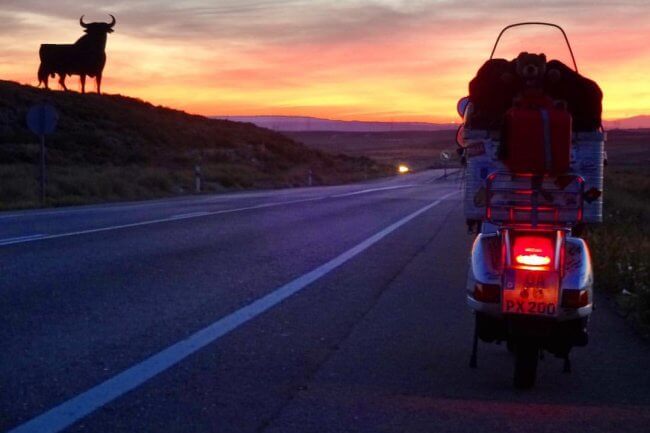